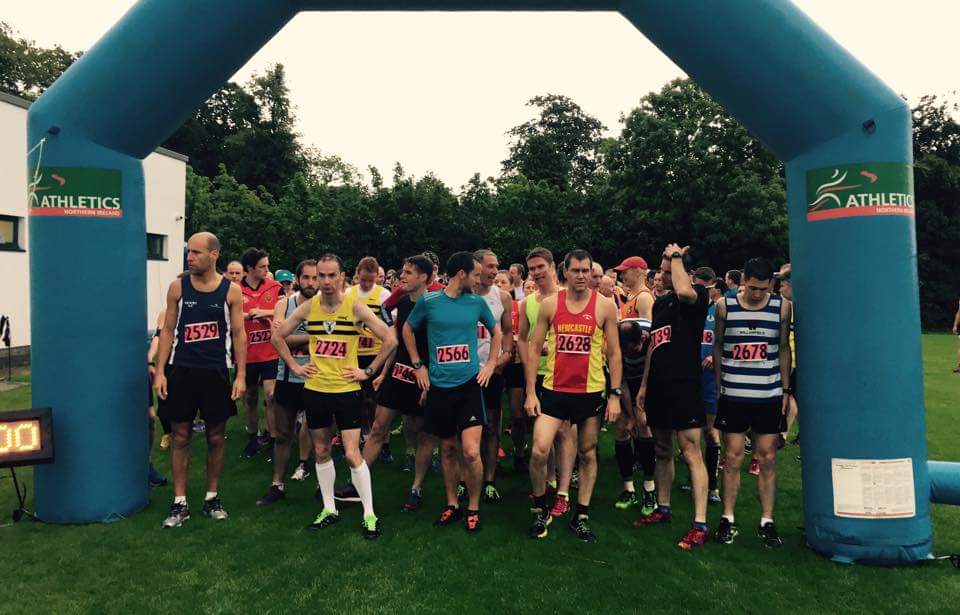 A Thank You from the Race Committee

On Friday, 31st July 2015, a sell-out crowd of over two hundred athletes descended on the Dub Playing Fields in Belfast for the inaugural running of Dub Runners’ Giants Trail Race.

Athletes were faced with a challenging but rewarding and scenic 6 mile course which covered a variety of terrain, including forest trails, pastures and the well-used Lagan Tow path

On a night when torrential rain showers could have dampened the mood, the atmosphere around the event and the performances of several athletes brightened things up – before the sun came out to shine and a rainbow paraded the sky. Post-race the athletes and their supporters were treated to a fine feast provided by Dub Runners.

Brian Grimes, Chair of the Dub Runners, speaking at the prize giving, was delighted with how the event went: “This was our first race and a lot of work goes into making it a success. The club members got behind the event, the course itself needed 35 marshals. We were lucky to have local running store Pure Running as our partner. Pure Running provided the goody bags and prizes for the top three. When you are organising a race and want to keep the entry price low the partnership with Pure Running was invaluable. And being able to use the facilities at Dub Pavilion is perfect for a race like this! The only thing we couldn’t organise was the weather – it didn’t put off the hardy runners who had registered and thankfully it dried up once the race got going“.

A big thanks again to all who made this event possible. To all the dub runners who made it happen from the committee to the marshals, timekeepers, to the caterers and indeed our very generous sponsors pure running who we were delighted to be partnered with.

Additional thanks to Coca Cola for providing water, Fyffes for providing bananas, Conor Diver Design for the flyer design and also to Avenue Recycling who provided the waste removal bins and also let’s not forget our other main sponsor Avalon Chiropractic!

A very final and special thanks particularly to all the 230 odd athletes out there who attended and ran the course especially on such an inclement night. You were absolutely amazing!

Thank you again and we hope to see you all again next year.

Main image courtesy of NI Running, check out their site for a gallery of images from the Giant’s Trail Race! 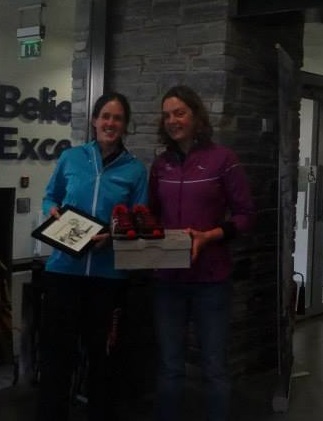 One of the prizes supplied by Pure Running.