He might be reasonably new, but he’s left an impression already, our next Dub All Star is Colin Playforth!

Have really only been trying to reach these milestones so haven’t got PBs for all yet because haven’t ever been officially timed and haven’t ran marathon.

When did you start running?
I started running on and off (much more off than on) 13ish years ago, but with no structure and never doing any races. I decided to join the Dub Runners after running in my first ever parkrun at Queen’s in June 2019, I was asked to join the City of Lisburn AC by one of the organisers after the run but was drawn to the dark side after careful consideration and here I am 10 months later and a whole lot greyer 🙂

Editor’s Note: You’re insinuating that joining us has made you greyer?! 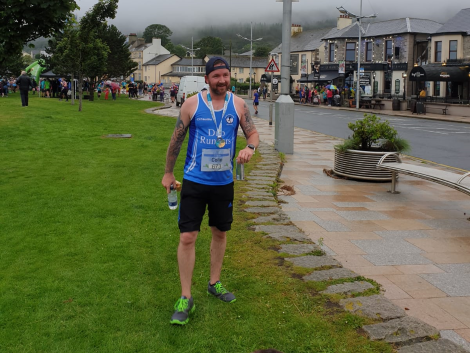 After the Sea 2 Sky race in Newcastle!

Why did you start running?
I started running as its always something I enjoyed doing as I can relax, get fit and run in some really nice places.

What is a typical training week for you?
I usually try to train at least three or four nights a week, mostly with the club, although I do also go hiking from time to time.

What is your favourite Dub training session?
I genuinely enjoy most of the sessions when my calfs and shins aren’t troubling me, but my favourite sessions would be the trail runs as that’s the kind of running I most enjoy. 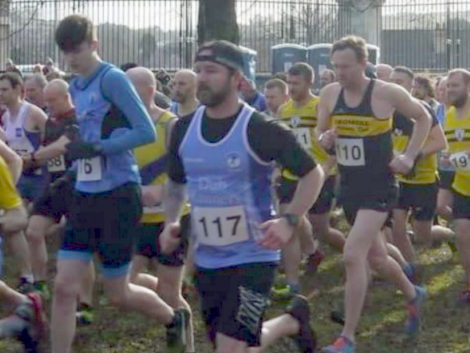 Fast start for Colin at a local XC event!

What has been your favourite race(s) to take part in?
Since taking up running a little more seriously since last year I’ve only did a few races, Mourne way 10k and Sea to Sky 10k would definitely be my go to races. Loved the location and the terrain of this type of race.

What are you running goals?
My running goals would be to get my 5k down to twenty minutes or less and 10k down to 45 mins or close as (oh, and do more trail running!) 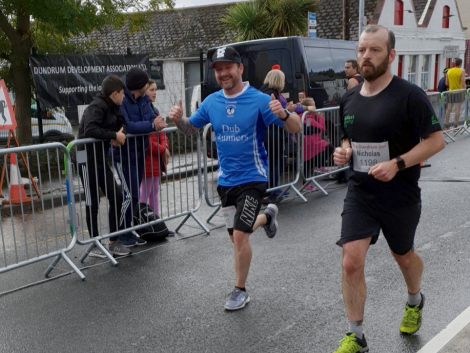 Colin bringing it home in Dundrum!

Tell us something random about yourself that people might not know!
Without wanting to name drop – I’ve met Vladimir Putin, Hillary Clinton and other names I could mention, but if I told you who, I’d also have to kill you!!