He’s all the good F-sounding words: friendly, fast and photogenic – meet our latest All Star Niall!

When did you start running?
I started running when I was about 16 or so. Back then it was just a circuit of a few roads near my home by myself to build up fitness. I did that for a while but then fell away from it.  I then got back into it and started running properly after discovering the joys of a Saturday morning parkrun. 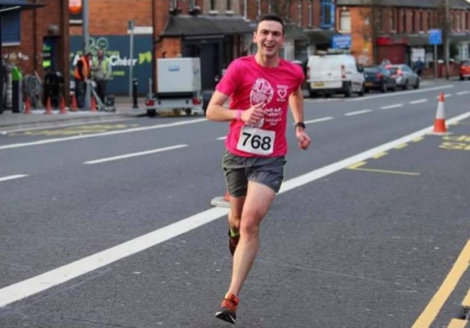 Dertmined towards the finish of the Féile 5 mile race!

Why did you start running?
I used to play a lot of GAA and I remember one pre season we started back to shuttle runs in the first training session and I was throwing up over the fence after 5 minutes… I realised then that I’d enjoyed the Christmas break a bit too much and needed to put in some extra work…

What is a typical training week for you?
A typical training week would be the speed session with the club on Tuesday and longer run on the Thursday.  I don’t live too far from the club so If I’m trying to up my mileage I’ll also aim to run to the club and back.
Then at the weekend I’ll always try and get to a parkrun either just as a stand-alone run followed by something on a Sunday or I incorporate the parkrun into a long run on a Saturday 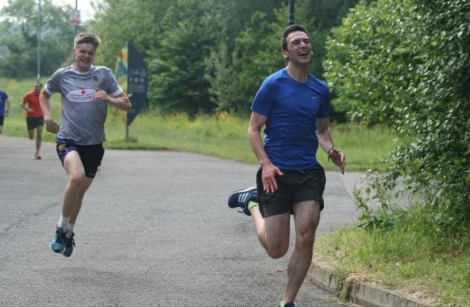 Our Niall is busted but not giving up!

What is your favourite Dub training session?
Divis on a summer night. I grew up close to Divis so it’s a place I know really well and love to get back there. In terms of the more official club sessions I love anything in the forest or on the trails, preferably with a few hills thrown in.

What has been your favourite race(s) to take part in?
I really love either the mountains so the Hill and Dale race series is far and away my favourite to take part in. It has a lot great races, all with their own individual characteristics. The castlewellan, Tollymore or Driniahilly races are all great quick trail races. 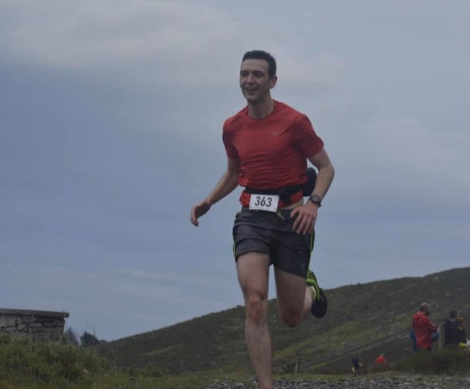 Happy at home during the ill & Dales series!

On the roads my favourite race was the Belfast Half Marathon last year. It was my first half marathon and it was great to see so much support on such a wet Sunday. It definitely made me keen to try out the full race some day.

What are you running goals?
My ultimate running goal is to one day run a sub 3 hour marathon but given I’ve never actually run that distance before, my goal should probably be to try and make it round in one piece before naming times! 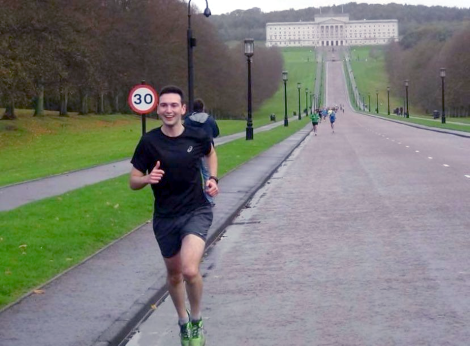 Leading the way at Stormont parkrun!

Tell us something random about yourself that people might not know!
I was once discharged from hospital, driven straight to an exam hall, picked up afterwards and brought back to the hospital to have my appendix removed 2 hours later – my mum wasn’t a big one for sick days!