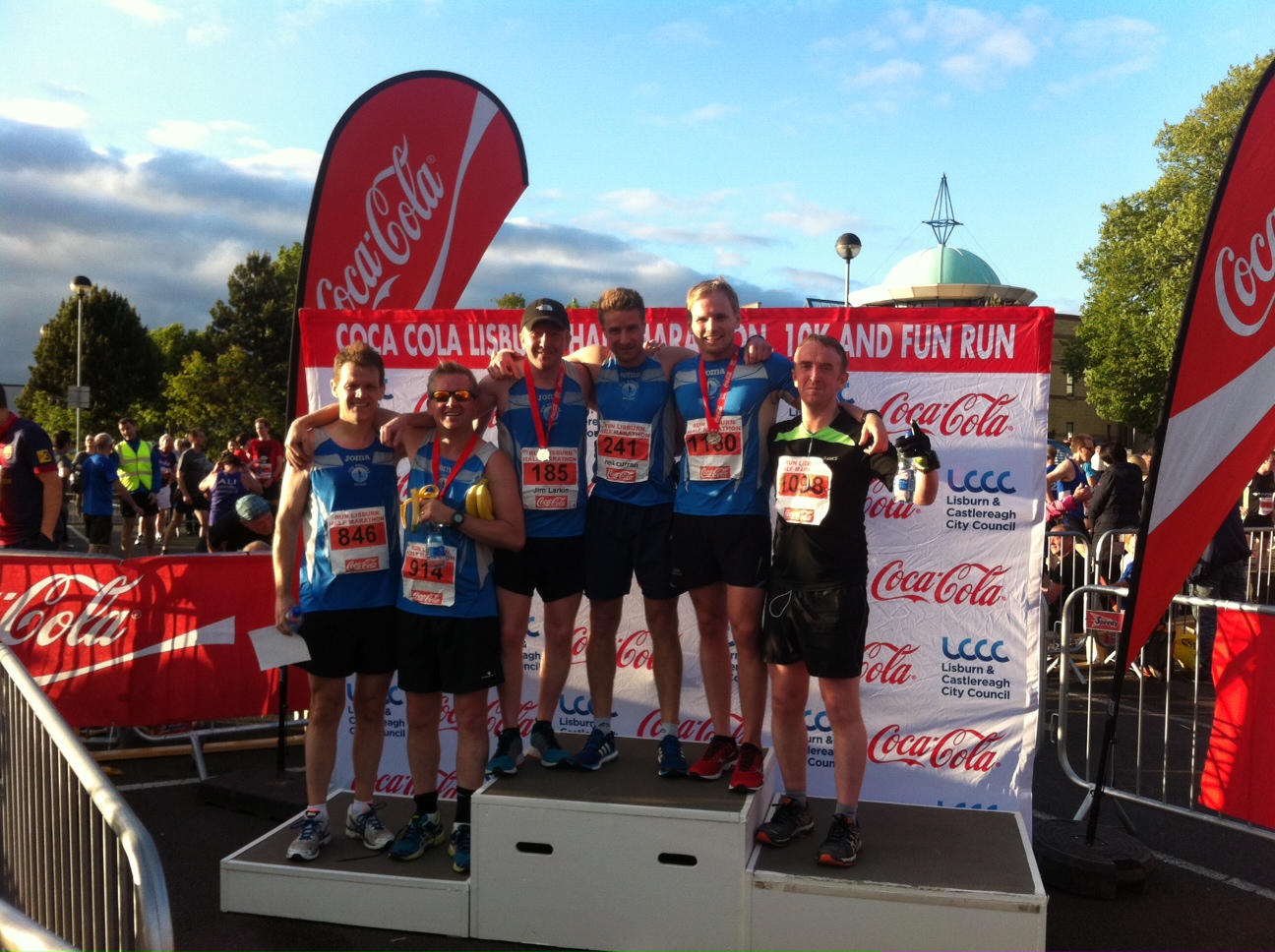 Like a bad smell, it doesn’t go away – it’s another weekly roundup!

So in the last week I think we can say that summer has finally arrived, and sure don’t we all know it! With the days getting shorter again, the club was out in full strength this week, taking part in loads of events – check out all the results below. I have to admit, I’m getting hungry this evening, someone is having a BBQ 1760 years away from me… I can smell it a mile off! So the results…

Enniskillen 10k
It was remiss of me to forget about one of the club outings last year – the Enniskillen 10k – was held last weekend. For anyone wondering, it was the same course as last year and we had one club member heading back to his roots:

Those are two fantastic times from Mark and Paul in the club – including the brutal hill at the 8k mark – and once again, apologies again for missing this last week.

Lisburn 10k & Half Marathon
On Wednesday evening, in the now traditional warm weather, some of the club descended to Lisburn to tackle their new half marathon and 10k routes for the year. Now without the big hill on the dual carriageway, instead runners are treated of a new undulating course around Lisburn. First off – the 10k results:

We had the three representatives taking on the 10k route, with some impressive times from each of you too. Moving on to the half marathon results:

What a great club evening in both races! Fifteen Dubs running the half marathon with PBs from Neil, Andrew, Jim, Stephen, David, Mark, Nessa, Ronan (yay!) and Victoria! Great times from everyone on the really warm weekday evening, Aine, James, Jim and Ronan have now also completed the first five races of the Pure Running Half Marathon Series!

There’s also a new album in the gallery with loadsa photos from the Lisburn Half Marathon!

Parkrun
As much as you can guarantee rain around here, you can also guarantee that we’ll end each roundup with the Parkrun results! On a cloudy but warm Saturday morning, the club took to the parks for an early morning 5k run:

Major well done to everyone in the club for getting out running this weekend! Special mentions this going to Roisin who was the first female across the line at the Waterworks run and to Paula who was the second female across the line at the Victoria event. PBs this week go to Ronan (double yay!) at Victoria and one first timer PB this week from Niall who ran the Victoria event for the first time this week.

Warmdown
That’s another week over in the club, with, once again some fantastic running from everyone. There’s lots of races coming up, so let’s make sure we keep the gallery going, lots of pictures, supporters and of course RUNNERS!! Finally, I’d like to let you all know that I’m so proud of myself today, I made a chicken salad… the cheeky wee thing didn’t even eat it!