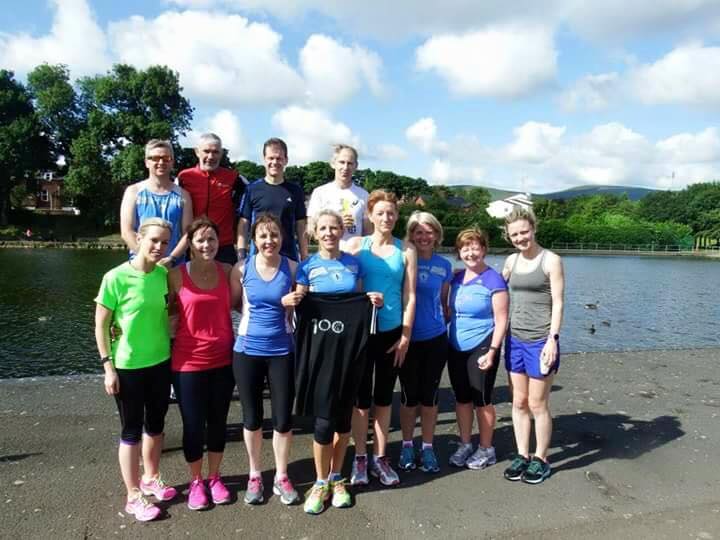 Two tri’s and two races – find out more over the jump!

Warmup
Welcome to another edition of the weekly round – I know, has it been a week already I hear the shouts!  So I had to go to the doctor during the week as I had a sore foot.  When I walked in he said, “Gout” and I replied, “Flip sake, sure I’ve only just come in!”  Shall we take a look at this week’s results?

Portaferry 10 Mile Race
Last Tuesday, the weather dried up and the sun even managed to come out for the annual Portaferry 10 mile road race.  The tough but scenic course brought out quite a few of the club:

Congratulations everyone for taking part!  In no particular order, Nessa managed a PB on the route, Roisin won her age category (under 21), Collette was the first female and Brian came second in his age category (under 25).  A great night for the club and I hear some great hospitality too!

Big Splash
On Saturday two club members participated in the Big Splash Triathlon in Portglenone.  So what did that contain?  Just a 750m swim in the river bank, followed by a 12 mile cycle and then a 3 mile run.  Let’s have a look at the results:

Two brilliant performances from the Dub there, the two of you are fairly going at the tri’s this year!  I hear it was a well organised event and that you both had a great day!

Titanic Triathalon
The Belfast Titanic Triathlon took place on a dull Sunday in the city.  The swim was in sheltered open water, a flat and fast cycle route and multi-lap run along through city centre.  So there were two events being held on Sunday, the Sprint and Standard or Olympic distance events:

Well done to the two of you, that really great going on a tough course (and a tough day too)!  Those are fantastic times to be proud of and great achievement to boot!

Parkrun
It was an overcast a grey Saturday morning, but adding a splah of blue to the proceedings were the crew of Dubs who ventured out to the various Parkruns around the country for the weekly Saturday morning wakeup call. Let’s take a look at the results:

Roisin and Dubs at her 100th Parkrun in Waterworks!

Warmdown
Big thanks to my spies this week for keeping me informed of the races taking place while I was away!  As always, let me know if you’re doing a race or did a race and would like the results in included in the roundup.  While I was away, I went to that new restaurant on the moon – great food, but there was no atmosphere!