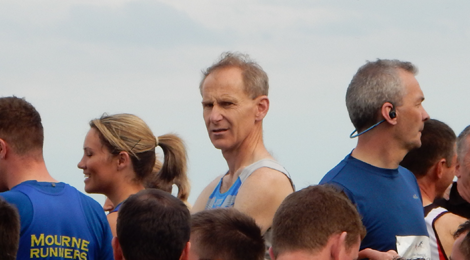 From sea to sky to parkrun over the jump!

Warmup
A nice quiet week again for us this week, I’ve been getting lots of hosuekeeping done… no, none of that dusting malarkey – all behind the scenes work on the website!   In the midst of it all, I bought my mate an elephant for his room.  “Thanks for the present!” he said.  I replied “Sure – don’t mention it.”  While you have a think about that one, let’s see what everyone has been getting up to:

Wava Update
We have some changes to the leaderbords on the Wava League.  Expect a mid-term report on how everyone is getting on very, very soon!

Born 2 Run: Sea 2 Sky 10k
An early Friday evening trip to Newcastle for the Dubs was on the cards to kick off the weekend in style. There was an errigle of Dubs on the bus, and some joining the club on the start line, for the hilly (okay, mountainous) route in the Mournes – along some single file trail paths before a sweep onto the sea front back in Newcastle. Let’s have a look at how the 21 – yes, you read that right – Dubs got on:

That was absolutely fantastic running by everyone on the muggy Friday evening! The course was made even more difficult due to the strong coastal winds, the heavy rain after 40 minutes and two club supports tucking into a chippy as they cheered everyone home! Most definitely not an evening for PBs, but everyone crossed the line smiling and there was plenty of craic for the bar afterwards too. We even have our special gallery now online too!

parkrun
With Saturday set to see the weather changing for better – it was a good plan to get the weekend run out of the way early, and what better way to do that than get a parkrun completed?! On a slightly cooler than expected morning, nine club members took to the starting lines at events around Ireland, and went for a 5k spin:

Magic running as usual by everyone who was out and about on Saturday morning!  Hat tip this week goes to Richard who was first home at the Queen’s event. We also had some newbie PB targets set this week by Paul (at Queen’s), Stephen (at Antrim), Nessa (at Antrim), Roisin (at Antrim) and Ronan (at Castleblayney).

Are you a Dub Runner and not on this list? We can fix that – just go to your parkrun profile, and add or change your club to the “Dub Runners of Belfast“. Once you do that, we’ll get you every week, no matter which event you run!

Warmdown
That was another great week for the club is and I want to thank Ronan for the excellent gallery – looking forward to all the snaps from Portaferry this evening ;).     Have you ever been on TV?  Well, my friend always reminds me of the time he almost won Family Fortunes.  I mean, who’d have thought that his wife wasn’t something you’d normally find in the kitchen.

Disclaimer: Every effort (read: I think I did okay) was taken to ensure the results above are correct. If you’d like to make a complaint then you’ll automatically volunteer yourself for writing duties next week 🙂