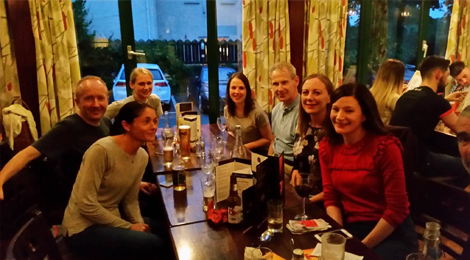 Warmup
Well, that was a fast week wasn’t it?  In a slight change to the usual, we had an Errigle of Dubs at one race, with a few scattered at other events – but it’s all good!  Did you hear about the elderly lady who was burgled over the weekend, and had her 50-year-old limbo dancing trophy stolen? I mean, how low can you get?

Dundrum
The weather Gods once again smiled on us on Saturday morning as we set off on what is now the 6th annual club trip to the seaside, by the start of the race the sun even made an appearance. A record field of nearly 900 set off from the main street right on time, the first few miles were your typical road race with a few short climbs, a mile or two on rough trails (which isn’t much fun), with the real fun starting when you hit the beach. Fortunately, there was precious little wind, and there were lots of Dubbers out there:

This year, in a change, there was a split in the field with one branch taking the upper stretch of beach and another taking the (slightly longer) route lower down on the harder sand. After a final sprint to the finish, it was another enjoyable trip all round and some magic times posted by everyone. Some special mentions shout out to James T who was third home and Collette who was the second female across the line!

Glornamona 10k
Organised by the Irish language community, the small race of just 75 entrants, took racers though west Belfast, up and down the hill – towards Falls Park. For anyone who’s completed that parkrun, you’ll know how tough it – just imagine doing double the distance around here! We had the single Dub Runner on the line:

Nice top five finish Steven! For those who don’t know, Steven is a new member, who contributes his PB over the 10k distance to the “Dub Effect” on his training! Great to have you onboard, and keep up the great running!

EOI Lusk
Sometimes a loop course is good, it provides the options of a 10k, half marathon, 20 mile and half marathon races all is one, relatively enclosed space. Lusk, just off the M1 towards Dublin was the host of such a race on Sunday morning. In excellent conditions, we had two members take on two unique challenges:

Woah, a bit of a strange race, with some odd distances – so really great running guys! The old loops get a little tedious after a while too – but sure, doesn’t that add a little character to the course. I hear that there was some nice Coke and chocolate waiting for you at the finish, so a nice way to top off the day! 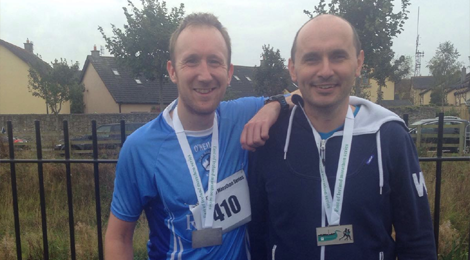 München Marathon
Continuing our run of marathon races, Munich, Bavaria’s capital, wazs next to host a 26.21-mile race around its historic and iconic streets.  Described as the sightseeing tour the popular course finishes with a 300-meter sprint (if you have it in you) towards to the Olympic stadium.  We had one Dub taking part:

Absolutely fantastic running Anna around the German streets.  Judging from the photos, there was a party atmosphere at the finish line!  We all hope that you’re now taking a well-deserved rest, and treated yourself to a refreshing drink (or two) after the race!

parkrun
If Dundrum or Glornamona didn’t take your fancy this weekend, then you can always count on the old reliable parkrun to be there for your weekend running fix. A few less runners than normal out and about this weekend, but everyone was posting impressive times:

Great running folks – nice to still be represented with some of the bigger races also on at the same time! We have some hat tips this week, first off is Kathy who was third home at the Sligo event – setting a new PB at the same time! We had two other new PBs from Sean (at Queen’s) and Stephen (at Wallace) this week too. Finally, a single newbie PB for a new Dub – Eimear (at Queen’s).

Warmdown
Before I sign off this week, can I say a word of thanks to my spies at the various events this weekend.  Not much of this week’s roundup was written by myself, you could say I became the editor for a nice change.  The roundup belongs to everyone in the club, so please keep up the good work of sending me in race reports, results and photos.  So for those of you who don’t know, I was away at a convention at the weekend, and I was working as a microphone technical. It was frustrating at times, but I got a lot of great feedback. 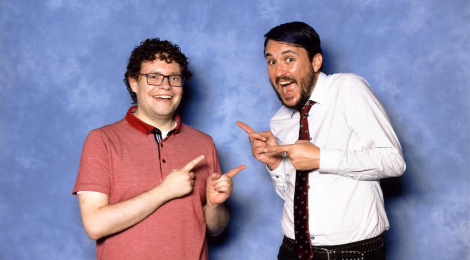 See! I really was at a convention… and I met Wil Wheaton!

Disclaimer: Every effort was taken to ensure the results above are correct (I’m shattered from the convention). If you’d like to make a complaint then you’ll automatically volunteer yourself for writing duties next week 🙂