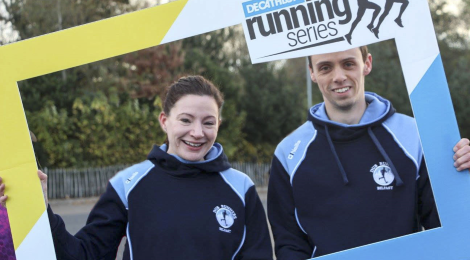 Two 10k’s and the parkrun to cover this week!

Warmup
I’m writing this week’s roundup while sitting listening to the rain hitting the window.  I’ve taken a quick look at my BBC Weather app (other apps are available), and realised that this is forecast to keep going today.  Yes, in case anyone didn’t know – Autumn has arrived, but that doesn’t stop us, as this week’s edition clearly shows.  Before we get to all that, while I was off last week, a guy bet me I couldn’t build an outdoor rabbit enclosure – so I’ve given him a run for his money.

Run Forest Run: Minnowburn 10k
The first race in the popular local “Run Forest Run” series was held on Saturday.  The bumpy trail paths mixed with the hilly surrounds took participants through a loop route that are familiar to the Dubs, including Barnett’s Demense and Minnowburn Forest.  We had a few Dubbers taking part:

Fantastic running folks – great to see so many of the Dubs on the results list.  I hear that the event was well organised and there were even some supplies to warm everyone up after the race too!  For anyone wondering (or interested), next up is Drum Manor on the 19th November!

Decathlon 10k
If I described a running route as cold baron – you’d take one guess that I was referring to the Docks / Titanic area of Belfast – and you’d be exactly right!  Decathlon (the local sportswear shop) held their annual 5k and 10k races on Sunday morning.  The course was flat and relentless – so there was no hanging around by any of the Dubbers taking part:

No official timings, so this is a mixture of guess-work, Strava and a stopwatch to get these times.  Great fast running from everyone who took part – that was a bitterly cold day to get moving in, so extra kudos for that.  Also a big up to Collette – who only went and set her new 10k PB time!!  I wonder if the names listed above are taking part in another fast 10k race that is coming up in a few week time..?

parkrun
If you’d forgotten what an icy morning feels like – Saturday morning brought those memories back with a bang! As an Errigle of Dubs took to the parks – warmer gear now an essential rather than something nice to have – trying to beat the rain and make it back to their cars. We had quite a few Dubbers out and about:

Class running everyone – some excellent times being posted, almost just like a walk in the park for everyone!! Hat tips this week go to Nessa who was third home at the Victoria event. We had new PBs set by Steven and James (at Queen’s) and one newbie PB set this week by Mike (at Brighouse).

Warmdown
Now we can dry off after another busy week for the Dubs.  My thanks to my spy who skilfully spotted this week’s featured image and sent it over to me – we’ll always find out don’t worry!  I must have been really tired last night, I fell asleep on a bed of rice – I was out as soon as my head hit the pilau.

Disclaimer: Every effort was taken to ensure the results above are correct (it is edging closer to Christmas). If you’d like to make a complaint, then you’ll automatically volunteer yourself for writing duties next week 🙂