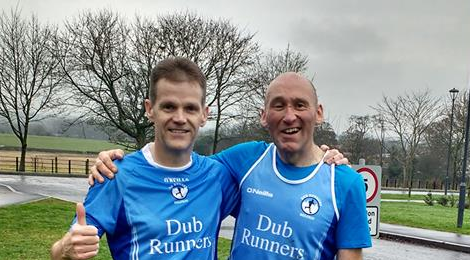 Some cross country, a 10k and the normal parkrun over the break!

Warmup
Tell me honestly… does anyone remember what Christmas felt like?!  It seems so long ago now, I’ve forgotten what turkey tastes like.  Ah well, it’s not like there’s a snow thunderstorm forecast for this week…  This missus asked me if I wanted to know a cool fact about Belfast Zoo – I told her “If it’s not related to elephants – it’s irrelephant”.

Moira XC
The first angry country race of the season for the Dubs took place in Moira, on a four miles course prepared with a dose of rain for ankle deep mud. It proved to be an interesting race – running hard but not getting anywhere fast. We had two Dubs out on the course:

Well done Steven and Mark – that was not an easy course at all. Great times posted by the two of you. Also, a special nod to Steven – this was his first (of many he assures me) cross country races! The guys would also like to thank the unknown mysterious person who was cheering on the Dub crew from the sidelines! I was even sent a photo from the finish line:

Run Forest Run: Tollymore 10k
Moved from its now traditional pre-Christmas slot may have lost some of its festive-ness (that’s a word, okay?!) The run in Newcastle, which takes in the scenery in and around the Shimna River is a real slog (and that’s before you factor in all the eating over the holidays) and is pretty tough. We had six Dubbers out in the field:

Great running everyone – always good to get a 10k in under your belt early in the new year. I hear that the only disappointment was that, due to the calendar movement, there were no selection boxes available at the finish! Well done folks – even for those who are suffering with the cold 😉

parkrun
If you like running dull, grey and damp conditions – then why didn’t you do a parkrun on Saturday morning?! The first normal runs of the year kicked off in the parks across Northern Ireland and there were plenty of Dubs up and about taking part:

Great running folks and a special well done for getting up nice and early on the first Saturday of 2017 to be there. With more than 110,000 people taking part this weekend, you were also part of the biggest turnout of any weekend since parkrun began! Some hats need to be tipped now, and first off Richard (who we now can call Rick according to Strava) ran the fastest parkrun by a Dub Runner ever – completing the Victoria event in 16 minutes 36 seconds and crossing the line second! We had some new PBs set by Pippa (at Victoria) and Anne (at Ormeau) this weekend. Finally, one newbie PB set by Richard (at Stormont).  A first for the roundup this week, we were sent a photo from Victoria parkrun: 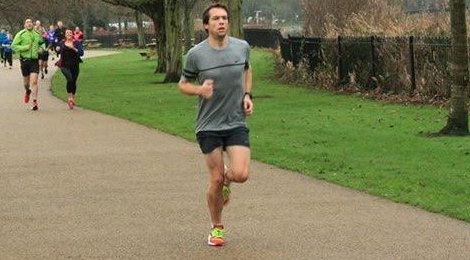 Warmdown
Welcome back to reality everyone!!  What a thump that was this past week – on the bright side, only 349 sleeps until Christmas!!  My thanks to everyone who helped out with this week’s roundup – too many to mention in one go!  If you’re currently planning your summer holidays, and you think swimming with dolphins is expensive, try swimming with sharks – it cost me an arm and a leg.

Disclaimer: Every effort was taken to ensure the results above are correct (give me a break, it’s the new year). If you’d like to make a complaint, then you’ll automatically volunteer yourself for writing duties next week 🙂