From mountains, to parkrun, to 10k to half marathon distances over the jump!

Warmup
Here we are again, another Tuesday and another week of stunning performances from the Dub Runners (and our friends).  The weather might have broken, but it can’t break our racing spirits.  More on that in a moment, no racing for me this weekend, instead, I had a food fight with my neighbour.  I threw a biscuit at him, but he ducked – Jammy Dodger.  Okily dokily, the results:

Congratulations everyone, a great achievement for the club. Everyone looks relay happy in the featured image above and there are a small selection of photographs from the night.

Hill and Dales, Race 5: Rocky
Making the most of what was the last good evening of our summer (I’m not claiming to be Barra Best here, I might be wrong), the fifth race in the race took place near Annalong.  Thankfully, no need to describe the route as once again there is a handy video of the course and conditions!  In case you missed them in the video, we had two Dubs taking part:

Nice running folks, I hope the prizes for completing so many of these races is good!!  Great times posted by the two of you, just remember to keep it up – you’re almost half way through the series now!  The next race is this coming Saturday, a change in day for one week only, for the Slieve Donard race at 2pm. 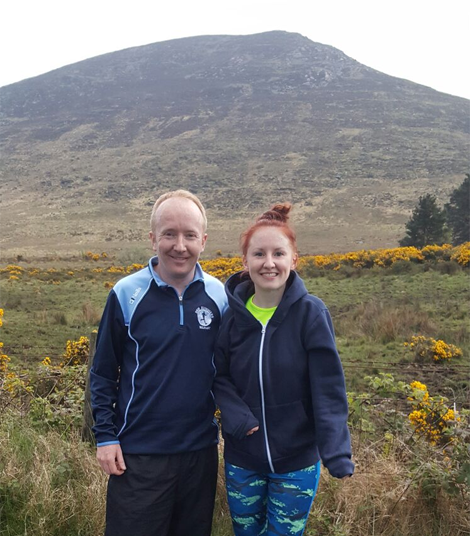 Les Jones 10k
So, our recent spell of good weather came to abrupt end on Friday, and that of course meant that there had to be a race on!  The undulating course around the paths that we all know (and love) so well – including taking in Dead Man’s Hill at just after the 7k mark (it would be tough at 1k).  We had just a single Dub taking part:

Nice running Alex – great to see you back at the racing.  That is a tough, tough course, and the weather conditions on the night made it just horrible.  Good going – and what a great start to the weekend!

Strabane Lifford Half Marathon
The old Strabane 10k course is officially dead, long live the Strabane Lifford Half Marathon!  The 13.1 mile course is now Northern Ireland’s second cross-border race, taking in the scenic sights (try saying that when you’re drunk) of Tyrone and Donegal.  The popular race in the North West compelled one Dub to make a trip:

Fantastic running Laura, a great time on a most challenging course.  While Sunday morning was still getting some rain, there was an intense heat building up on the country roads that made it all the more tricky – so really great running.  Let’s give a nod to Friend of the Dubs Ivor Russell who also ran it in 01:46:48!  A Sunday morning race can only mean one thing – plenty of time to make it home afterwards for some Sunday lunch!

parkrun
With a break in the weather, it would have been easy to take a break from the parkrun – so it was great to see so many Dubbers out there.  We even had a few who were away from home for the weekend who packed the gutties and made it out too.  Let’s take a look at who was up early on Saturday:

That is magic running folks, really great and lots of hat tips going around too.  Don’t forget, our next flashmob is Saturday morning at the Waterworks events – miss it, miss out!  Lots of hats to tip this week, first off Collette was second home at the Queen’s event!  Next we had some cool new PBs set by Peter (at Ormeau) and Kathy (at the tough Sligo event).  Finally some newbie PBs by Jane and John B were out and about at the Victoria and Dundalk events.

Warmdown
There we go!  Haven’t mention this in a while, if you parkrun and aren’t getting listed here, you can edit your profile and select your club as “Dub Runners of Belfast”, that way I will always get your run – no matter where in the world you do it!  Before we go, some sad news to report.  My best friend, who is a big a poker player, lost his arm and had to get a prosthetic replacement – he’s finding it hard to deal with.

Disclaimer: Every effort was taken to ensure the results above are correct (I had a wee weekend off myself, feeling refreshed!). If you’d like to make a complaint, then you’ll automatically volunteer yourself for writing duties next week 🙂