Taking you to Crawfordsburn, Ballyclare, Coleraine, Newry & Liverpool this week over the jump! 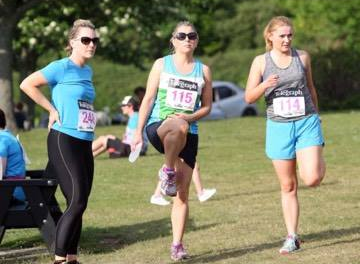 People think that social media helps make my job a lot easier doing this – and they’d be right 🙂 !!  I can surf around and find the pictures I need to pad out these mumblings and assorted results.  Speaking of, we’ll get to the all-important results in a minute, but like the kind hearted soul I am, I treated the missus (and my third wheel of a best mate) to a meal out in Nandos over the weekend.  Unfortunately, the missus and myself got into a little argument, and friend ran off with the garlic bread and coleslaw – I really wish he would stop taking sides.  Now then, what have we been doing.

Bann 10k
For those adventurous enough to venture to Coleraine for a mid-week 10k, then an extremely hot race was on the cards.  With a hill after every turn, and a little confusion at the finish with the fun run – all made up by the good folk cheering and the dancing warmup!  We had one Dub taking part:

Really great running Bernie, especially in that heat on Wednesday evening – although I am reliably informed that the race was “torture”!  Thankfully though getting to the finish, deflated none-the-less, there was plenty of tea, coffee, juices and buns to make up for the torture (almost).  She was even kind enough to send us on a photo: 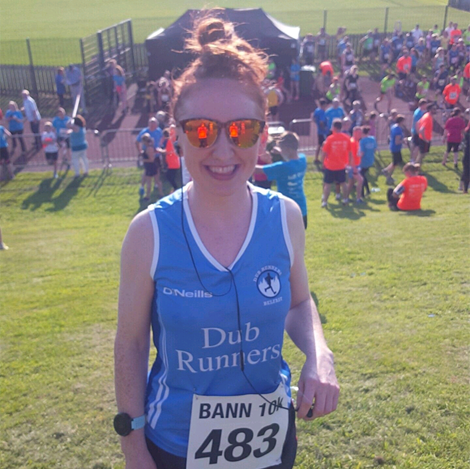 All the Bannts: Bernie in Coleraine on Wednesday.

RunHer: Rockport
As out second summer truly continued into Friday evening, the RunHer series moved to Holywood.  In some clammy heat the route took in some gorgeous sights in and around the Crawfordsburn area.  Not put off by the heat, we had two Dubs taking part:

That is some nice running girls – and what an evening for it too!  A great event to be part of, and a special festive atmosphere before, during and after each one.  As two if two Dubs weren’t enough, we had a Friend of the Dubs – Lisa (Joanne and Danielle’s sister) Corey who crossed the line in a great time of 01:02:56!  We even have some photos: 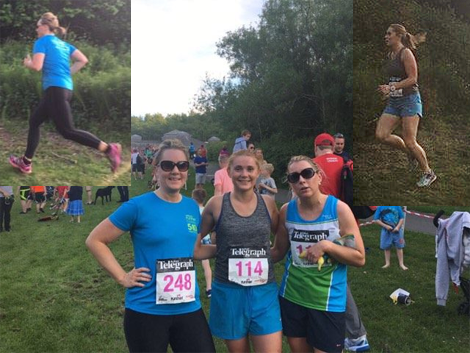 Mayfair 10k
Three Dubs made the trip to Ballyclare for the May Fair 10k.  The undulating course took the runners into the surrounding countryside and back into town through Doagh. Conditions were warm and the rain, thankfully, didn’t last too long.  Let’s see how they got on:

Changeable weather doesn’t make the easiest for the easiest of running conditions, so really impressive times posted by all the Dubs taking part.  Check out the featured image at the top of the roundup, and I think we all have one question – what was the ice-cream like?!  We also love our action shots, so here’s a belter: 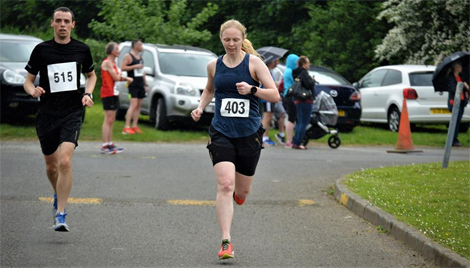 Newry Marathon
Looking for a marathon with a half marathon included just in case?  Then set a course for Newry!  Returning to its now traditional out the towpath and back route – with the marathon turning at Scarva, while the half marathoner only have to make it as far as Jerratspass (only)!!  In ideal conditions, we had three Dubs take to the start line:

Well those are impressive times – great running folks.  Ducky, not content with Belfast, tackling yet another marathon in 2017.  With Jenny and Frances looking as fresh as daisies in the half marathon race – crossing the line only seconds apart!  Don’t believe how fresh they look?! 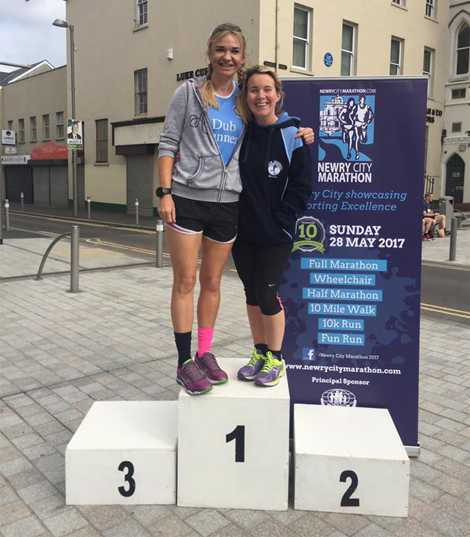 Liverpool Rock and Roll Marathon
If Newry just wasn’t an exotic enough location – then why not head to Liverpool for a wee weekend?!  Kicking off at the Albert Dock, taking victims around Anfield (no jokes please, they’ve suffered enough) at 10k, cutting through a few parks at the half way mark, before sweeping back into the centre along the Mersey before a festival finish at the Echo Arena!  We had one Dub taking to the start line:

Marvellous running Jim – and a PB too – sweet to the beat!  I hear it was an enjoyable day – the photos look immense.  We hope that you took some time to take in the sights and sounds of Liverpool – and maybe the odd drink or two.  We also have an exclusive action shot from mid-way through the race – 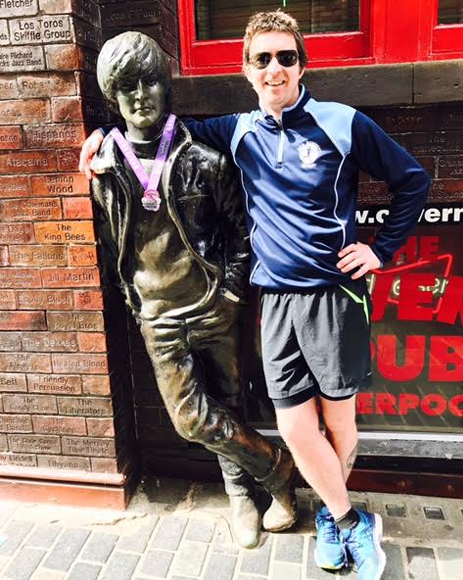 parkrun
A light overnight shower didn’t stop the trainers going on Saturday morning, setting a course for the local park and getting out there for the best way to start the weekend (and a bank holiday weekend too!!)  Plenty out and about, so let’s take a look:

Nice running everyone, cool to wee small groups of Dub-lets out at two of the events – keeping the flashmob spirit going 😉 Just the one hat tip this week, and it goes to the Dub’s Jesus – James D in Derry – who was second male home along the Quay in Derry.  Not a single parkrun photo to be found this week 🙁

Warmdown
Lots coming up this weekend for the club – so make sure you all keep me filled in please!!  I can only be in one place at once – pesky hologram technology hasn’t been invented yet to let me be everywhere!  I recently got my eyes tested and the optician has told me that I can see three years into the future.  Yep, I couldn’t believe, apparently I have 2020 vision.

Disclaimer: Every effort was taken to ensure the results above are correct (yeah, okay it wasn’t my best weekend ever 🙁 ). If you’d like to make a complaint, then you’ll automatically volunteer yourself for writing duties next week 🙂