We’ve trails, fast 5k’s, a triathlon and the usual parkrun over the jump!

Warmup
Well that has been a crazy wee week hasn’t it?! Lots of races and updates to get through with the club out in quite a bit of action. Over the weekend I went to a fancy dress party dressed as a loaf of bread – the birds were all over me! What’s that you’re shouting – where’s the roundup?

Crawfordsburn 5k Trail Race
Despite the best efforts during the day on Wednesday, it sparingly didn’t rain during the race in the mid-evening – but the damage was done. On a mixture of mixture of slipper trail paths, a lovely coastline tarmac path followed by a tough uphill finish on grass (and mud) we had three Dubs line up on the starting line:

Great running guys – fair play for getting out! A torrential downpour about an hour before the start didn’t do anything to dampen the spirits of the field! Despite a slippery end to the race, the driver of the Babe Magnet managed to bag himself a course PB. Despite the lack of refreshments at the end, three Dubs left happy and content with their evening. As if the final grass hill wasn’t tough enough, the organisers nicely positioned a camera and caught the terrible three: 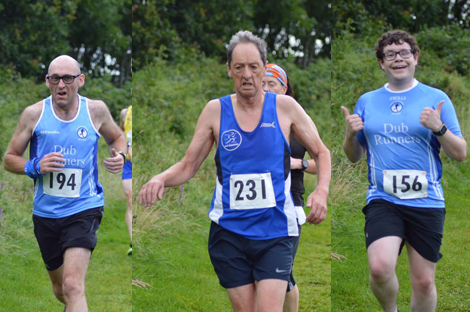 CrawfordsBURN: From the serious, to the determined… to the nutter!

Carlingford 5k
A quick trip across the border on a lovely Friday evening after a hard week’s work is just what the doctor ordered. What maybe wasn’t on the prescription for everyone just going a 5k race – and targeting a personal best. Carlingford, a favourite spot for the club, hosted the mostly flat race in ideal conditions, and we had one Dub line up:

Fantastic running James – rounding off the week with a new 5k personal best – nice!! I hear that the support along the route was pretty good, and also the Dub cheering squad was around for an extra “empty the tank” when needed (we’re looking at you Suze!) What a way to kick start the weekend and it doesn’t even look like it took anything out of him: 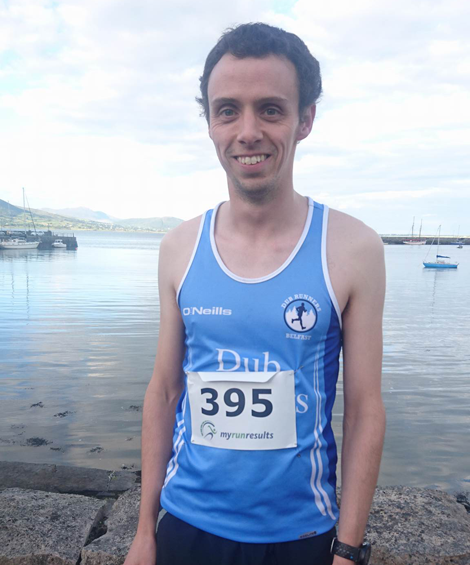 Delamont 10k
The adventures of Babe Magnet #2 continued this weekend heading to the shores of Strangford Lough in County Down to Delamont Country Park for what was described as a hilly 10k race.  A down syndrome charity race gave one Dubber the all the incentive needed to run a third trail race in a week! A small park with hills of all sizes and a route with a twisting figure of eight loop meant a chance to climb them all!

Fantastic running Steven, and only a small field of about 50 runners. Impressive placing just missing out on the podium spot but a great lunchtime effort all the same. Apparently he enjoyed this one too, well I suppose it is the kind of race that Steven favours!  When you go to a race on your own, and you have a phone on you, it’d be rude not to take a quick snap: 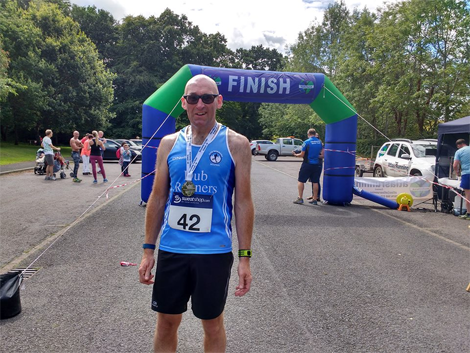 Lisburn City Triathlon
I bet your Sunday morning didn’t consist of a 750m dip in the pool, followed by a 24km cycle (longer than usual if anyone is taking note), topped off with a gentle 5k.  A quick trip to Lisburn for a triple event saw one Dub lining up while most of the rest of us were asleep:

Impressive stuff so early on a (not so summery) Sunday morning! Fifth female home, in what can only be described as rough conditions: Suze isn’t sure which was wetter – the swim or the run! All in all, I hear that it was a good event and great fun (and highly recommended)! James was on hand for cheer and quick photo: 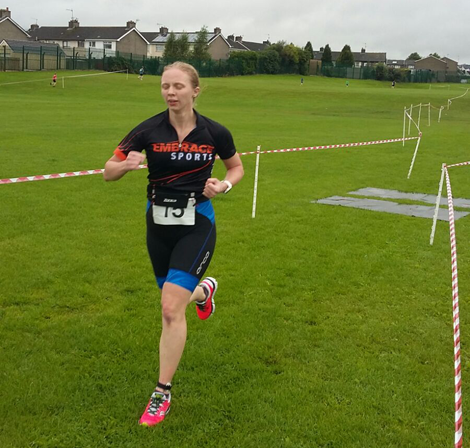 parkrun
If, like me, you woke on Saturday with the sun shining in your window and thought ‘today’s going to be a good day for a parkrun’ and eagerly getting yourself ready. Only for the realisation of the band of rain set to spread across the country from mid-morning! We wouldn’t let that dampen our spirits, as you can see:

Great running everyone, great to see such big numbers 5k-ing on Saturday morning. Right then, time to grab your hats so that you can tip them! First up we had James D (now called Judas) who was second home at the Derry City event! We also had Kathy cross the line third at the Sligo event. Not content with a podium spot, James D also managed to nab a new course PB at the same time! Finally, we had the one newbie PB this week, set by Ronan who went to the seaside to experience the Portrush event!  When you go to the seaside, what do you do?  Take a selfie: 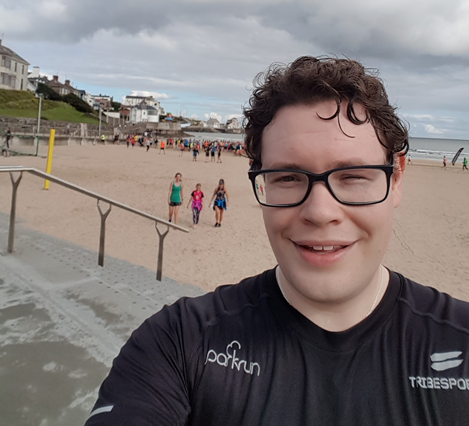 Port(kinda)rush: Newbie PB from Ronan at the beach!

Warmdown
With the traditional parkrun we wrap another bumper edition (I love the summer, so many races!!) A little hat tip myself to everyone who helped out this week – thanks for having my back! Last night I took the shovel and the metal detector out to try and find some valuables in the garden. I managed to dig 23 holes before I realised that I was wearing steel toe capped shoes!

Disclaimer: Every effort was taken to ensure the results above are correct (am I not allowed a week off?!). If you’d like to make a complaint, then you’ll automatically volunteer yourself for writing duties next week 🙂