Andrew should have been pacing the Befast Marathon yesterday, so in his honour he’s the latest All Star!

When did you start running?
I started running properly after I decided to stop playing team sports and run the Belfast Marathon in 2012. I was pretty much making it up as I went along for a couple of years (Hi-Tec trainers, old Casio watch with no GPS etc). I wasn’t massively enjoying it if I’m honest. However my race times and training (and social life) began to improve dramatically when I decided to join the Dub Runners in January 2014.

Why did you start running?
I suppose I started running because I wanted a new challenge. I always had a good level of fitness from playing other sports all my life and I didn’t want that to go to waste. I absolutely loved watching the London Marathon on tv growing up and completing a marathon myself was always on the bucket list from as young as I can remember. I’ve since completed 17 marathons and counting, including London 3 times. 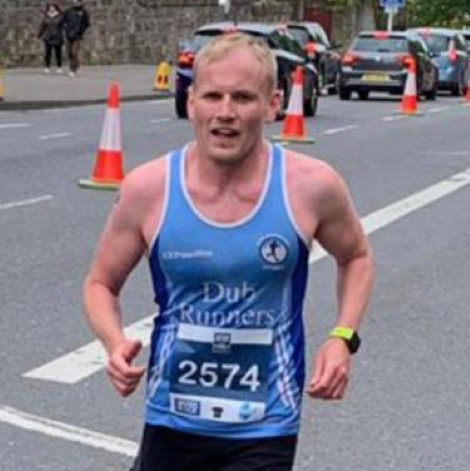 Andrew during the 2019 Velfast City Marathon!

What is a typical training week for you?
I aim to run at least 4/5 times per week, more if I can fit it in. Depending on what I’m training for I like to do a variety of sessions including long, slow runs, speed work and hills. That’s were the club really comes into its own, because there’s no way I could get motivated to do hills by myself. I love training for marathons, especially ramping up the miles a couple of months out. I try to supplement my running with some strength work at home or in the gym.

What is your favourite Dub training session?
I love the Giants Trail Race route. In fact I think we all do. It’s hard to beat getting off the roads and onto the trails around the towpath, like Belvoir Forest, Lagan Meadows, Lady Dixon Park, Minnowburn etc. As a club we are incredibly lucky to have that right on our doorstep.

What has been your favourite race(s) to take part in?
There’s probably too many to pick just one. The London Marathon is like the Glastonbury of running and I’ve been very lucky to have been able to do it a few times. The Causeway Coast Marathon (twice) is absolutely incredible and doing my hometown marathon in Derry in 2013 and 2017 was very special too. But if I REALLY had to choose… the third time I did the Dublin Marathon in 2017 is probably my favourite, everything fell into place that day. The weather, my pacing plan…it’s probably the race I was most happy with when I finished. Oh! And the Ballyliffin Coastal Challenge, the Derry 10 Miler and the Castleward half are all unreal. The Paddy’s Day Craic is class too…plus anything in and around the Mournes (for the scenery, definitely not my finishing times, which are pretty bleak when it comes to hills). 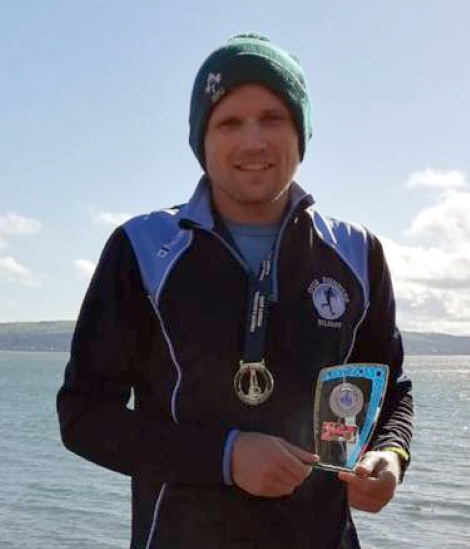 EAMS-y does it! Andrew cruised to first place in a marathon!

What are you running goals?
I never really look much further than my next race. Like everyone I just want to keep chipping away at my PBs. I know my marathon PB should be better than it currently is, so that can be a little fraustrating. I’m also looking forward to to getting the chance to be an official pacer at the next Belfast Marathon, hopefully in the Autumn if it goes ahead. That will be something different.

Tell us something random about yourself that people might not know!
Did I ever mention I won a marathon before? I might’ve done. It was an EAMS event in March 2019. Okay, I know Mo Farah or anyone like that wasn’t running that day, but he had the same chance to sign up as everyone else…

Or, (maybe I shouldn’t admit this, but…), I’m distantly related to Daniel O’Donnell. I’m not as good a singer as he is, but he can’t run a 5k in under 19 minutes…at least I don’t think he can anyway…