When did you start running?
October 2014 when I discovered a run at the Waterworks park, before that I was going out every so often, just when I felt like it. So I had no running routine…

Why did you start running?
I decided to try out running and I started getting more of an inclination for it as it was working wonders for myself, my fitness and improving my self-confidence. 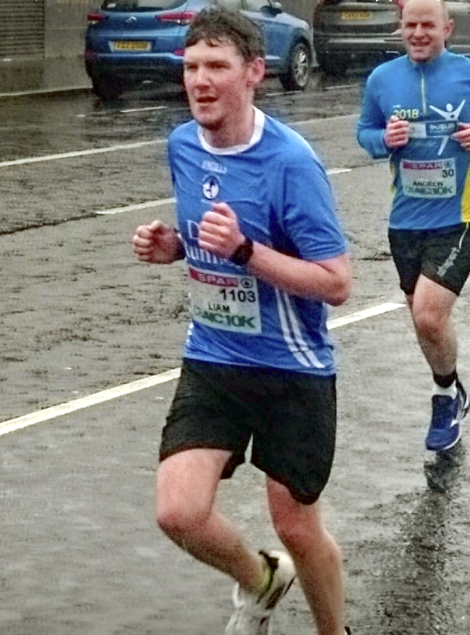 Liam caught in the downpour at the Criac 10k!

What is your favourite Dub training session?
I quite like the big fish run or the Sunday social run!

What has been your favourite race(s) to take part in?
Other than my first marathon in Belfast for the excitement and the support of the crowds, it would have to be either Sea2Sky or the Dundrum 8 mile for the scenery in that part of the country (even though I did the Sea2Sky last year in thunder and heavy rain!!) 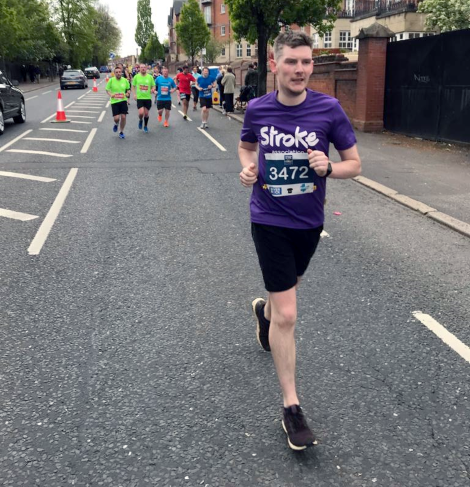 What are you running goals?
I enjoyed the Belfast marathon but I feel I could and maybe should have got a quicker time, so I would attempt Belfast again (I was set up to do it this year until Covid 19 happened), and I would like to attempt 1 other marathon overseas just for fun.

Tell us something random about yourself that people might not know!
I sailed up the east coast of Britain with Ellen MacArthur.