He’s not been around as much lately, but when he arrives, he’s full of craic and speed! Meet Richard!

When did you start running?
My first run of the modern era was on the 19th September, 2015 – a 2.5 miler to retrieve my car after a wedding. First Dub run was the Christmas Market Run later that year. I was disappointed to find out later that there wasn’t booze at every training session.

I’d run a few 10ks back in University with my old mate James Trainor (who also introduced me to the Dubs following a chance meeting in Dublin in 2015). I can remember us marvelling after one race about the boys up front running sub 40 and wondering how that was even possible. Look at us now, eh!

Why did you start running?
I had a health kick at the beginning of 2015 when I was an overweight junior doctor living on M&S meals. I actually (say it quietly) took up cycling at that point. I began running later that year as a way of training through the winter without having to clean down a bike after every session.

Thinking back though I’ve always been a runner on some level. As a kid I used to pretty much run everywhere and my rugby career at school was pretty much based around getting the ball and just running – no actual skills! I actually think all that running about was helpful in building a bit of an aerobic base. Even now you may see me running into work from the carpark of the Ulster Hospital. 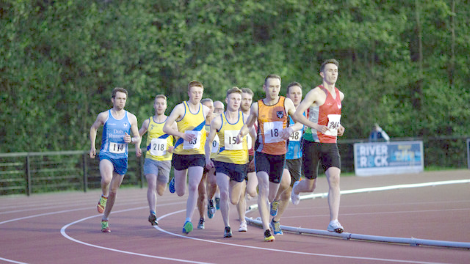 What is a typical training week for you?
I’d be too ashamed to describe it at the minute as I’m having a bit of a lockdown lull – so I’ll refer to the golden period of early 2019 when I was still doing my PhD and my time was my own. I based the training around Jack Daniels (the running coach, not the bourbon). Also Goater’s mantra – ’the main goal of any training session is to be fit for the next training session’. Although I’ve fallen foul of that too many times. Typically:

Monday – Easy
Tuesday – Intervals (something like 10x400m at 3k to mile pace or 5x1k at about 5k pace)
Wednesday – Easy
Thursday – Dub or a ’threshold’ session (something like 20 mins at about 10 mile pace)
Friday – Usually rest
Saturday – Easy or a few half-hearted hills
Sunday – Long run (but then I count long run as anything over 10 miles; typically 12 or so).

I wouldn’t have followed this too rigidly – it’s good to work around the other stuff in your life – and I’m not averse to skipping the odd interval session! I would’ve aimed for 40-50 miles in total. Mostly on trails because they’re nicer to run on and I found it helps you to run easy. 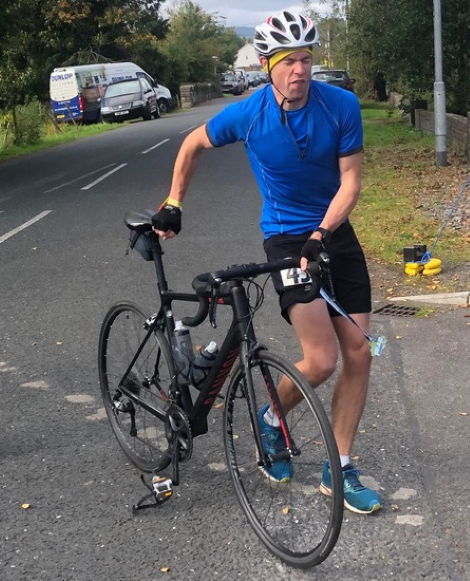 What is your favourite Dub training session?
I was thinking hard about this. Hard to narrow it down – everyone a classic! Apart from the dual carriageway, obviously. I think my overall favourite is a Divis field trip on a long, sunny summer evening. Otherwise, the GTR route.

Favourite Tuesday session – probably track – really enjoy the club camaraderie (although not so much disputes about what lane you’re allowed to run in). There’s also no better way to spend a Sunday morning than with Andy W and the crew on the Sunday route.

Favourite winter session – Not as easy but I’ve a soft spot for the Four Winds route (obviously bypassing the dual carriageway) or the Queen’s one, despite the traffic. And I quite like Harberton on a Tuesday.

Given my love for all these sessions, you’d think I’d turn up a bit more often!!

What has been your favourite race(s) to take part in?
Dub regulars will know that I’m perpetual trainer, occasional racer. But I have done a few. Favourite individually probably Queen’s 5k last year because I’d been working toward a sub-16 time and managed it and it’s a great feeling when your training pays off.

One of the things I do like about the Dubs though is the opportunity to race as part of a team – so I’ve always enjoyed the marathon relays and the Relay Champs at Vicky Park. Overall favourite though probably the Christmas Cracker, which I’ve run with Jamesy three times (but still haven’t made the elusive top ten!). 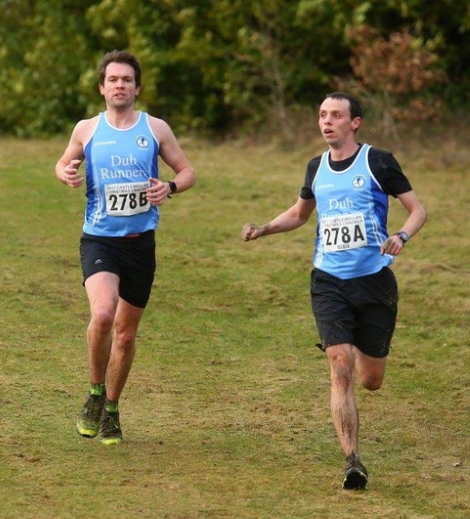 What are you running goals?
I’m always debating these with myself. Part of me wants to see how fast I could go – so really train to improve times from a mile up to half marathon, before maybe moving on to marathons when I’m a bit older and the speed starts to go! Another part of me wants to go full-on Steve Todd and just try and do a bit of everything – trails and mountains and marathons and whatever else.

I’m not sure I’d ever want to do really long distance but having said that the idea of the odd big challenge like Seven Sevens or the Rankin Round does appeal.

I think fundamentally I just like running, whether that’s doing it, reading about it or watching it – so the main thing is to try and keep it going as hobby for life.

Tell us something random about yourself that people might not know!
Childhood running nickname: Forrest (according to the kids in my street).

Adult running nickname: The Duck (after having my style assessed by an ‘expert’ at MPT )